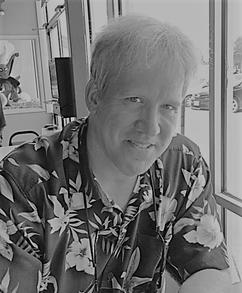 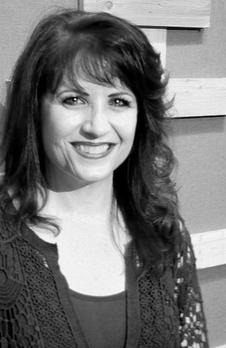 Contact us today with your Submission Guidelines or to discuss how we can help your Cable Show, Talk Show or News Program catapult your Nielsen ratings to higher heights.

The Company was founded by Lisa Bills.  Bills is an established television show creator, producer, director and writer.  Bills works closely with her Director of Development, Scott Rolfe Josephson, to bring to life creative and compelling entertainment for television and film.   ​

Lisa  began her journey in  the entertainment and media industry as a Creative Director with Leslie O’Hare Media, LLC [LOM] for over 3 years. During that time she created, produced, directed and wrote numerous productions.  She designed sets and booked talent for the various shows. Bills, Leslie O’Hare Media[LOM] producing and directing credits include The Leslie Taylor Hare Show, The Leslie O’Hare Show and Spotlight with Leslie which aired on a digital station and on an ABC affiliate station in Dallas, Texas.  Additionally, under the [LOM] umbrella Lisa served as assistant editor for L The Leslie Magazine and life coach for the non-profit division; Embrace, Empower and Enjoy Life Foundation [E3].

Bills is also a real estate broker and the owner of  Lord & Bills Real Estate, LLC. Over the last two decades, she has had various writing initiatives to include written curriculum and operational procedures and processes for her professional career in real estate and finance. Over the last decade, she’s been a part of the creative writing team and a part of the executive team for the Chamber of Commerce and has been involved in joining forces to grow several other outreach initiatives in the Dallas area.

''I founded Uppermost Entertainment because I saw where there was a vast need in the entertainment realm that my team and I wanted to fill by bringing serious subject matter to the forefront in a creative, compelling and provocative manner." ~ Lisa Bills

Scott’s journey in the entertainment industry began at the age of 23.  He pitched his first T.V. show to KERA Channel 13 in

Dallas and Kim Dawson.  When the show, “The  Moviegoers” failed to catch on, the dream died.  Years later,

Scott then resurrected his dream after age 40.

A trained theater actor, Scott’s big break came when he was asked to audition for an NBC pilot sitcom,

“I’m with Stupid”.  This role lead to representation with the Linda McAlister Agency where Scott was

for six years.  As an actor, Scott has appeared in a feature film; starred, written and executive produced his own short film,

“The Cinema Zone” in 2015.  Scott has also been an associate producer on the feature film “Texas Tales”.

As a gifted writer, Scott took the opportunity from Linda McAlister and joined the Dallas Screenwriters Association.

He has been on the Board of Directors for the last six years.   Additionally, Scott also served as the Director of Development for

In November of 2014, Scott was hired to write the first project for Uppermost Entertainment, “I’m Always on My Mind”.  A

one-man comedic stage play.  It ran to excellent reviews and box office and is now getting ready to head to Broadway.  This allowed

Scott to be accepted into The Dramatist Guild for playwrights in New York.  Scott was then hired to write the TV Pilot for

"I'm Always on My Mind" as well as being named Director of Development for Uppermost Entertainment.